40 years fly in a blink of an eye, the 72-meter Shenzhen version of the “Riverside Scene at Qingming Festival” is display vividly on the screen

For celebrate the 40th anniversary of the establishment of the Shenzhen Special Economic Zone, the Shenzhen Urban Planning Exhibition recently opened grandly at the Shenzhen Museum of Contemporary Art and Urban Planning. (hereinafter referred to as “two museums”). It took two years for Unilumin to customize the design and elaborately create NPP LED screens, innovative transparent screens, rail screens and other LED screens for two museums. Among them, the 72-meter-long "Riverside Scene at Qingming Festival" was the most impressive one. 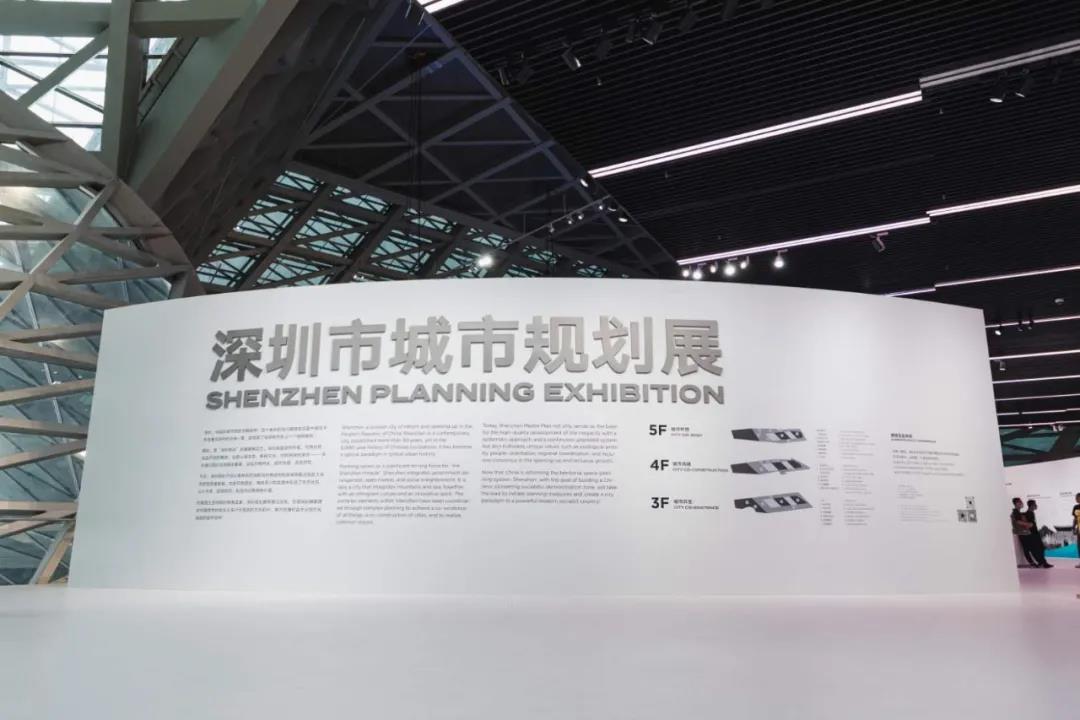 With the theme of “Shenzhen is vitality”, the Shenzhen Urban Planning Exhibition is divided into three parts: “City Symbiosis”, “City Co-construction” and “City Shared Vision”. With the support of Unilumin’s advanced LED display technology and NPP products, the integration of urban planning, landmark architecture, literature and art, technology and other elements has been successfully realized to make people relive the extraordinary journey of the 40th anniversary and brought the audience a double shock of vision and thought!

The exhibition on the third floor is based on the theme of “City Symbiosis”. There are several thematic sections in the exhibition, such as natural ecology, marine civilization, shared homes, and cities in the Bay Area.

In the exhibition area of ecological civilization, Unilumin’s LED screens clearly display the functional zoning of oceans, coastal zones, land and cities of Shenzhen and express Shenzhen’s common vision to create a friendly, harmonious and prosperous environment for people and everything. 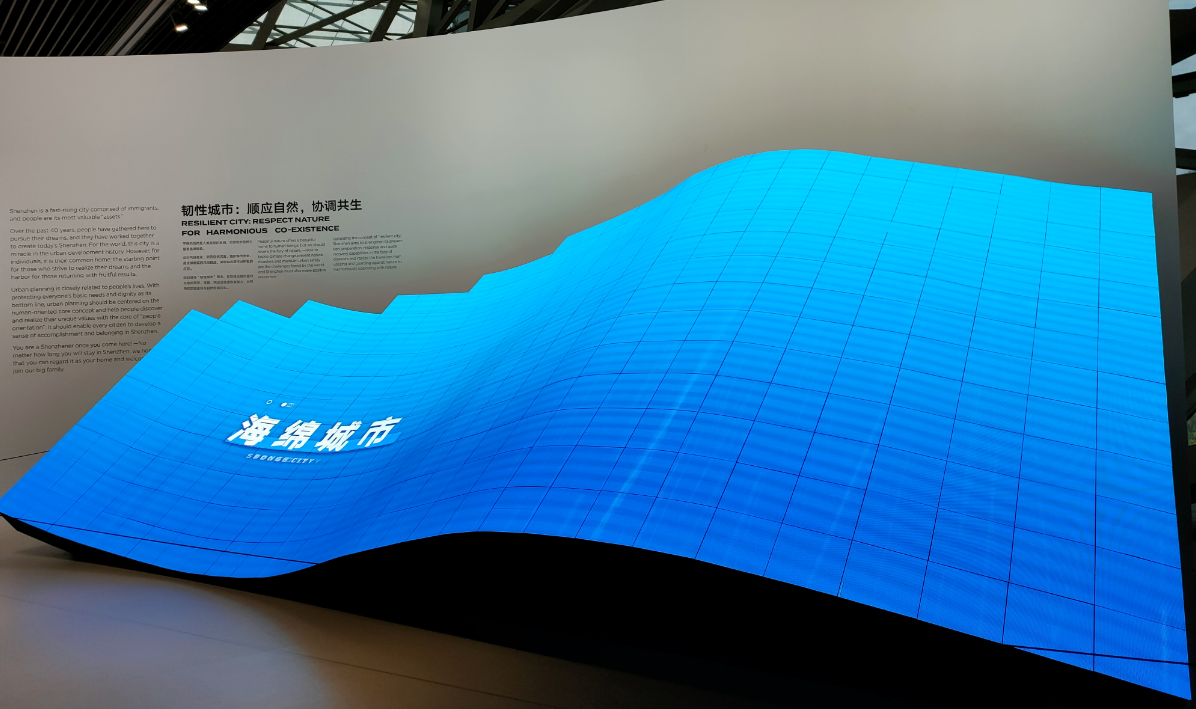 In the exhibition area of cities in the Bay Area, in addition to the urban appearance models of typical waterfront areas such as Nantou Ancient City, New Center of Qianhai, Shenzhen Bay, Dameisha and Xiaomeisha Resorts, etc., a long scroll of the 800-meter-long Shenzhen “Riverside Scene at Qingming Festival” is particularly impressive. The long scroll slowly unfolds on Unilumin’s 72-meter-long display screen with a total area of 280 square meters. The beautiful scenery of Shenzhen appears on the scroll. Stop and watch, you will enjoy the beauty of Shenzhen. 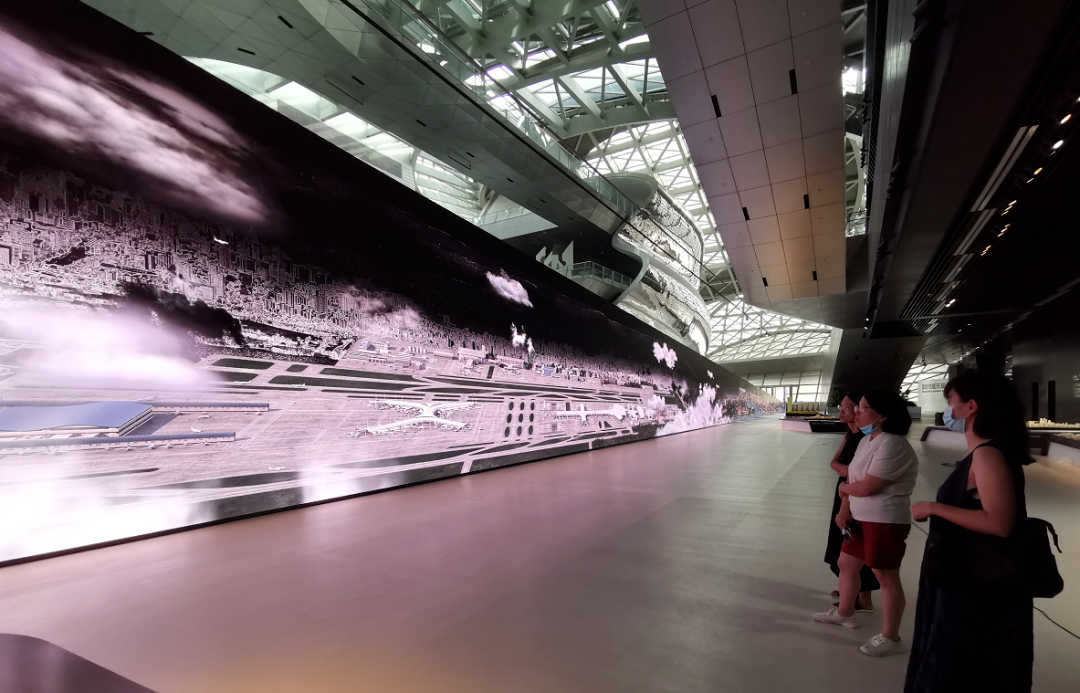 The theme of the exhibition on the fourth floor is “City Co-construction”. After visiting the exhibition, people can understand how to systematically plan and manage the city, and how to stimulate the vitality of the city with spatial policies and public activities.

The master plan exhibition area uses a block of Unilumin NPP LED displays to show in detail the four editions of the city master plan since the establishment of the special zone, and interpret Shenzhen's overall concept of ecological priority, flexible layout, and regional coordination for the audience. 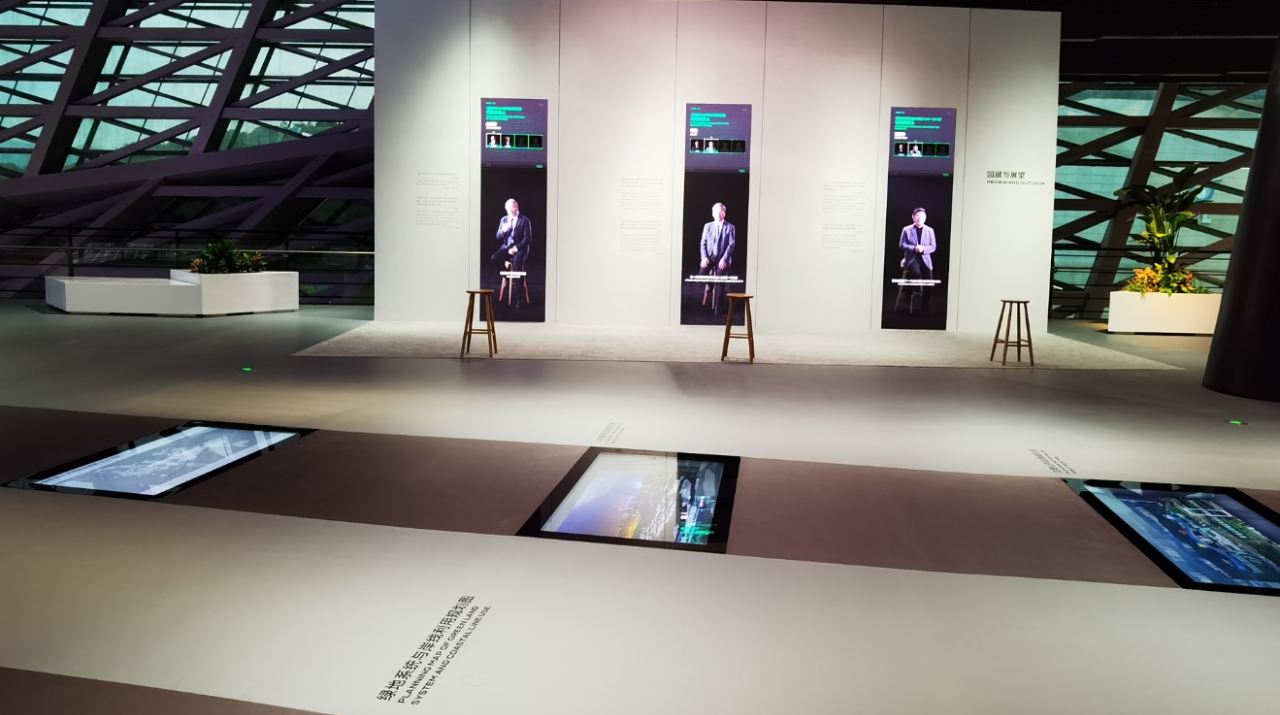 The "Urban Renewal and Land Preparation" and "Urban Design and Architectural Design" exhibition areas combine various display methods such as models and LED displays to present the model of Shenzhen urban renewal and design in a comprehensive and detailed manner. 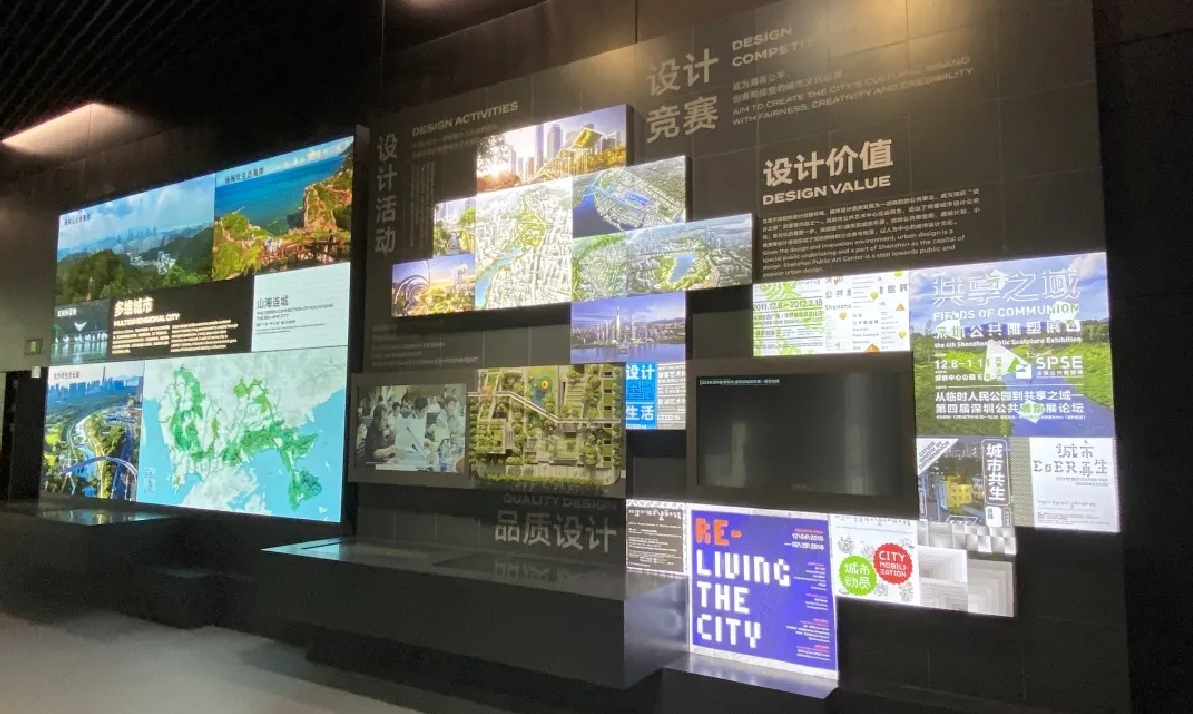 The theme of the five-story exhibition is "City Thinking Together". Through the installation of “Viewing the City in the Pavilion”, it combines various types of Unilumin screens to present the modern evolution of Shenzhen’s major historical landscapes to help the audience observe the current Shenzhen in close-up, witness the outstanding achievements of the development of the special zone, and look forward to Shenzhen’s development in Guangdong, Hong Kong and Macao Development vision in the Bay Area and global cities. 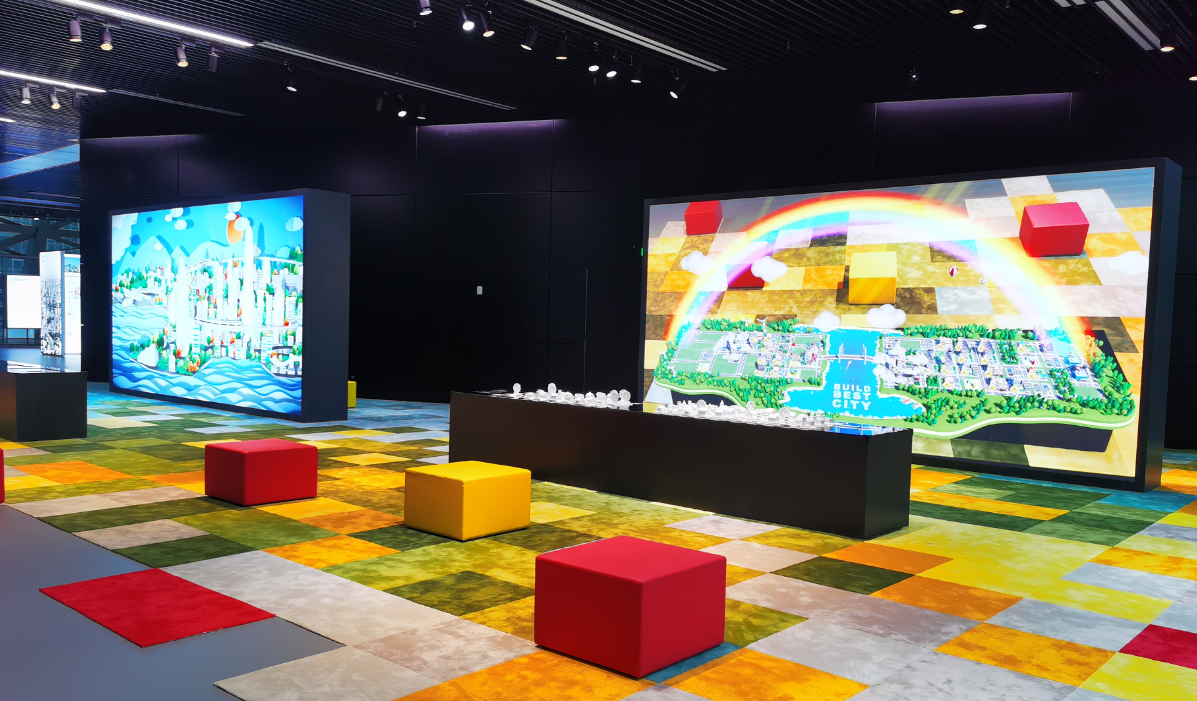 Different from the LED products commonly used in other exhibition halls in China, in the main exhibition spaces on the third, fourth, and fifth floors in two museums, all LED screens are 1.2-spacing and 1.5 spacing products of Unilumin, which have a better visual effect and are highly in line with the positioning of two museums as landmarks.

The smart rail screens in the museums are Unano, which has won the “Red Dot Award”, “Red Star Design Award”, “Design Award” and other international awards. More than ten rail screens are all hanging, and they can be moved, opened and closed by the intelligent control of iPad.